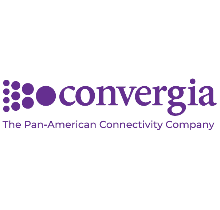 We are a value-added distributor of Connectivity products
and Solutions company, founded in Santiago de Chile and Montreal, Canada in 1998. We have a wide and solid presence in the PanAmerican region. Our complete portfolio of products and services are available in North, Central and South America. With more than 20 years of experience in the industry, Convergia has developed important strategic alliances with numerous leading technology companies worldwide, and an exemplary list of customers who currently benefit from our solutions and personalized attention.

The Multiprotocol Label Switching (MPLS) is a mechanism that is responsable for routing the circulation within a telecommunications network. This is the reason why the nodes move from one network node to another, providing applications that include virtual private networks, quality service and traffic engineering.

During this process, packetss move through the network thanks to the function of an assigned label. This same label is associated to the default route that exists on the network, allowing a better level of observation withing the networks of packets conmutation.

What are the benefits of MPLS?

SD-WAN is a connectivity model defined by a software that aims to manage the WAN or wide area network. This way, traffic monitoring and management changes from physical devices to the application itselft.

Because inteligence is attracted to a virtual overlay, secure grouping of public and private connections is allowed. Thanks to this, automation and network control can occur quickly through different links, in real time.

What are the benefits of SD-WAN?

Differences between MPLS and SD-WAN

Which technology should you use?

Optimize your bandwidth and start to enjoy all the benefits of SD-WAN solutions and Convergia. Click here.

This is a private site.

Enter the email address that you signed up with and we will email you a password reset link.

Your account is protected with two-factor authentication. We've sent you an email with a code to enter below. Be sure to check spam filters if you have not received the email.

Your session is about to expire.